Palestinian militants launched 10 rockets and mortars from Gaza into Israel Sunday morning, according to Israeli sources. Israeli aircraft fired missiles at one rocket launch site, destoying the launcher but apparently no one was wounded, an Israeli source said. One rocket damaged a house and another injured a man working in a field, the source said. The source also said a rocket landed near an Israeli school, but no one was nearby. 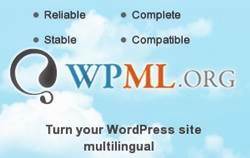 I am a professional designer working in InDesign, Photoshop and Illustrator and also a programmer in Microsoft Access with VBA and SQL Server. I have worked for the last 20 years in this businesses.

I am also a good WordPress developer (more than 10 years on managing my 10+ WordPress sites and clients’ websites as well).

I follow deadlines very well (they are an essential part of my job).